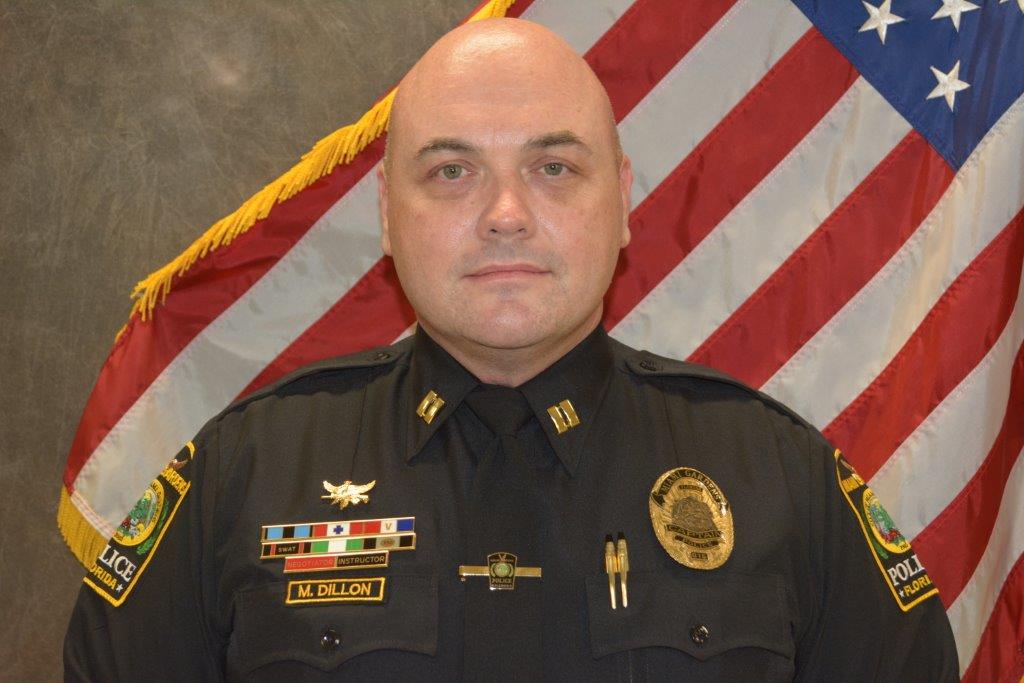 Captain Dillon began his career with the Miami Gardens Police Department in October 2007 as an officer, after working for a police department in Central Florida for seven years.

His first assignment was with the Power Squad responding to priority calls for service and received seven commendations his first year. He spent the following seven years in the Criminal Investigation Division working in units including Robbery, Homicide, and Economic Crimes.  He was promoted to Sergeant in August 2015.

Captain Dillon’s previous investigative and tactical experience eased his transition into supervision as a patrol sergeant. In his first 18 months as a sergeant, he supervised numerous serious and critical incidents to include four officer involved shootings. During this time period, Captain Dillon was awarded the Medal of Valor for displaying extreme bravery and courage while confronting and apprehending an armed subject that shot a Miami Gardens Police Officer.

In August 2018 while still assigned to the Training Unit as the Field Training Sergeant, Captain Dillon was assigned the responsibilities of the Quartermaster. This endeavor included the development of the ordering and purchasing platform through the newly acquired partnership with Galls. He managed the largest Quartermaster budget since the inception of the agency. His oversite, inspection, and locating of errors led to savings of thousands of dollars from the annually budget.

Captain Dillon is a certified general instructor, high liability instructor specializing in defensive tactics, First Aid and CRP, Stop the Bleed Instructor, and an Active Shooter Instructor through the Department of Homeland Security's Center for Domestic Preparedness. He holds a Master of Science Degree in Criminal Justice from the University of Central Florida.

Captain Dillon considers it a personal goal to work toward building a safer community for the citizens of Miami Gardens.  He approaches each call for service and citizen interaction as though his family member were the victim. He believes each citizen interaction and arrest should be a handled in a profession manner with a positive and constructive outcome leading to a stronger and safer community.