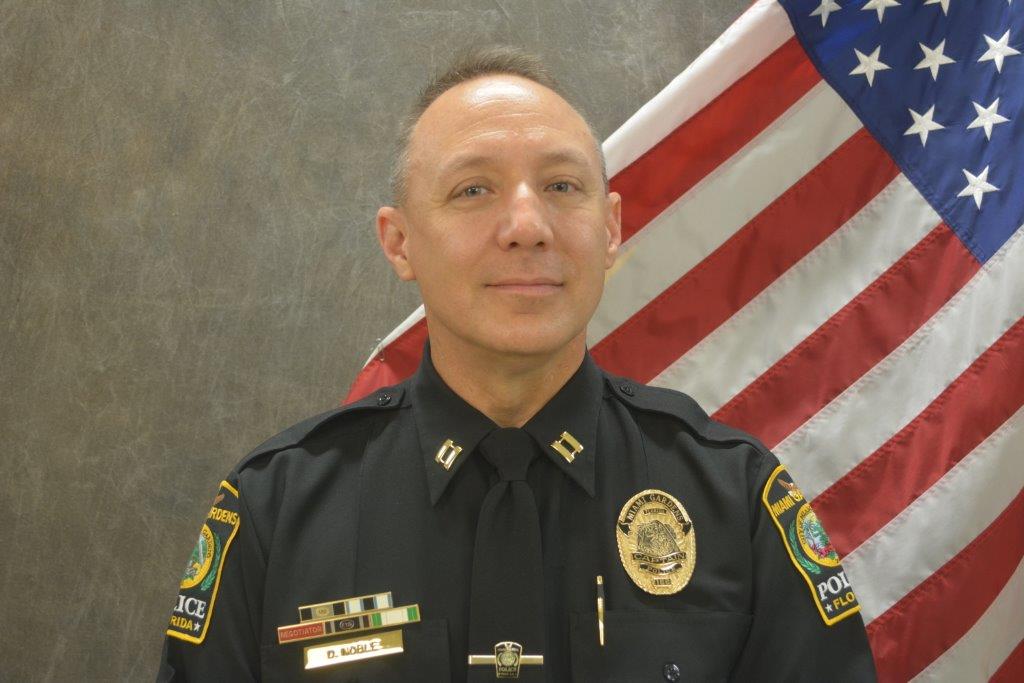 Captain David Noble is a 25-year veteran of law enforcement and is an original member of the Miami Gardens Police Department. Prior to accepting the position of Police Officer with the City of Miami Gardens, he worked as a Police Officer for the City of Thornton Police Department located in Colorado. Captain Noble holds a Bachelor’s Degree in Criminal Justice from the Metropolitan State University of Denver, and has worked in the capacity of a patrol officer, a Field Training Officer, Crisis Negotiator, Recruiter, Background Investigator, Recruit Academy Coordinator, Major Crimes Detective specializing in Robbery and Homicide investigations, and was later promoted to Sergeant in June of 2012.

As a Sergeant, Captain Noble worked as a patrol supervisor, was selected as an administrative sergeant, and later became an investigative supervisor for the Violent Crimes Unit. Additionally, Captain Noble was assigned to the Professional Compliance Division where he investigated allegations of officer misconduct and citizen complaints. Captain Noble participated in the hiring process for new recruits and is currently assigned to the Patrol Division where he supervises 18 Police Officers and 3 Patrol Sergeants.