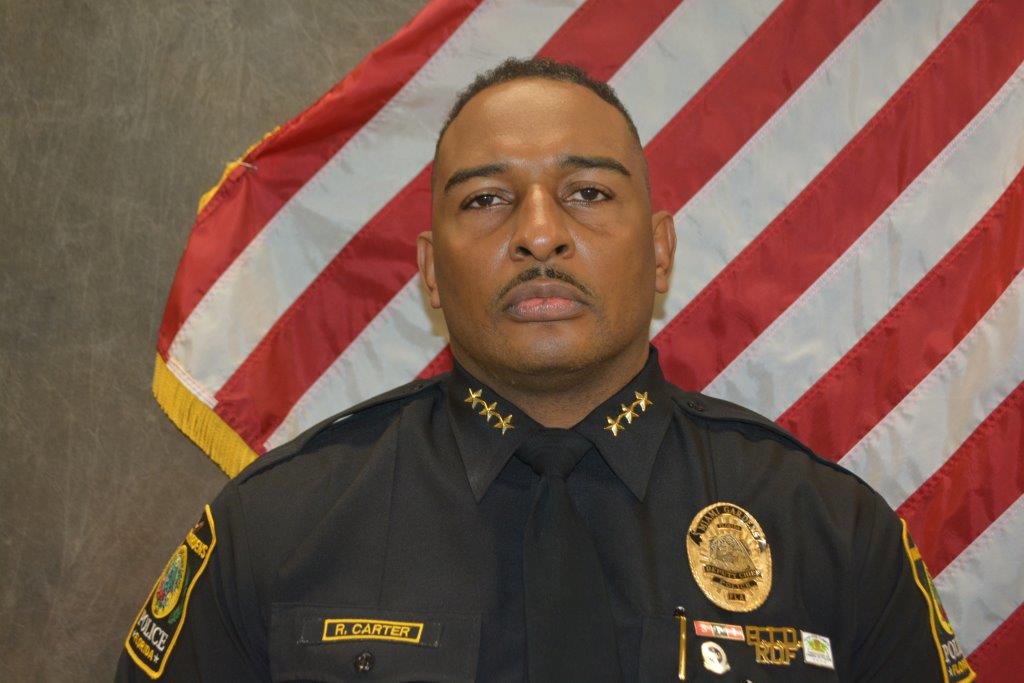 Deputy Chief Carter is currently assigned as the Deputy Chief of Police for Investigations for the Miami Gardens Police Department.  Prior to this assignment, DC Carter was employed by the Miami-Dade Police Department for over 25 years, the last six of which were at the rank of Major where he was assigned as the Northside District Commander, the Warrants Bureau Commander, and the Robbery Bureau Commander.  Throughout his illustrious career, DC Carter has worked at a supervisory level in the Special Response Team (SRT), Robbery Intervention Detail (RID), Rapid Deployment Force (RDF), Street Narcotics Section (SNS), Tactical Narcotics Team (TNT), Carol City District, and Northside District.

With the Miami-Dade Police Department, DC Carter worked in every facet of investigations, tactical, proactive enforcement and administrative functions.  DC Carter has successfully attended the University of Louisville, Southern Police Institute(SPI), Command Officer Development Course and the Chief Executive Leadership Course.  DC Carter has a Bachelor’s degree from Lynn University and is currently attending the University of Florida towards a Master’s Degree.